Reflecting on the year 2020 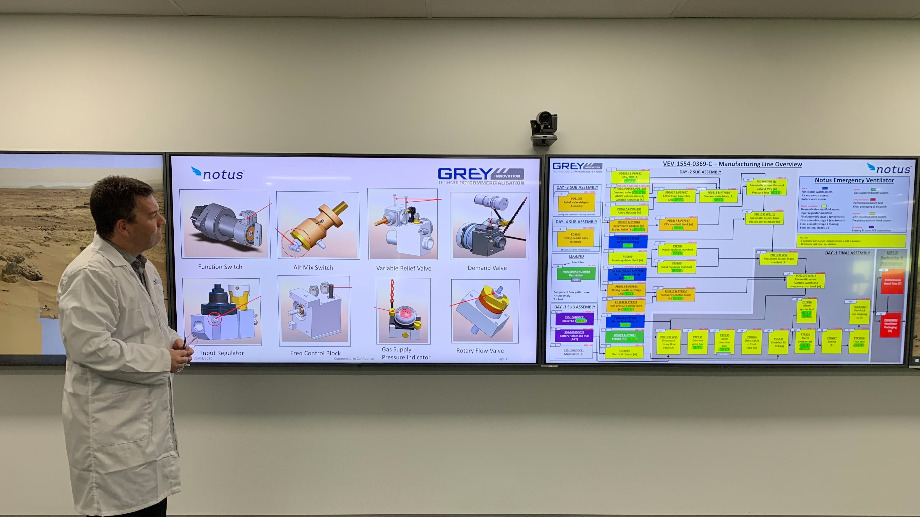 Reflecting on the year 2020

It’s a year since Australia's first on-shore case of coronavirus was reported. The impact of the pandemic crept up on us bit by bit through the first two months of the year.  We saw the Northern part of Italy shut down and then Australia’s borders closed to China at the start of February. On March 9, Victoria reported what was believed to be its first locally transmitted case, a teacher at Carey Grammar School and on March 13, reality hit hard when thousands of fans waiting to go through the Australian Grand Prix were told the event was not going ahead. On March 16, the Victorian Government invoked a state of emergency and toilet paper, hand sanitiser and painkillers flew off the supermarket shelves in a wave of panic buying.

It was during February and March that Grey Innovation swung into action with its plan. There were a number of groups looking to build ventilators in Australia, but Grey Innovation had conceived the most practical and achievable solution. Knowing that it would be impossible to certify a new design in the highly compressed timeframe, Grey Innovation elected to source an existing listed ventilator design and license it for manufacture in Australia.

We would do it by forming a consortium of expert industry partners and garnering critical support from government. The Victorian government was quick to respond providing $500k (plus $250 to Deloitte and Minter Ellison) to fund the feasibility phase to be matched by the Advanced Manufacturing Growth Centre (AMGC).

After several nights speaking to global manufacturers, and guided by pre-eminent physicians, Grey Innovation finally landed on the UK built Smiths Medical paraPAC ventilator. It was the perfect solution and upon successful negotiation of a license to manufacture in Australia, NOTUS, named after the Greek God of Southern Wind, was born.

On 9 April 2020, the Hon Karen Andrews, Minister for Industry, Science and Technology announced the federal government had entered into a $31.3M contract with Grey Innovation to produce 2,000 ventilators to help boost the national stockpile.

“This is another great example of Australian industry and the private sector working with our Government to ensure critical supply of medical equipment during the outbreak of this virus,” Minister Andrews said. “This deal demonstrates the power of bringing Aussie manufacturers and clinicians together and is also a reflection of the highly advanced manufacturing capability that exists in our country. It also shows the incredible collaborative spirit that’s been on display as we respond to this unprecedented pandemic. Companies which are normally in competition are working together for the greater good.”

The consortium partners of over thirty companies worked tirelessly, often 7 days a week, through the second wave and Stage 4 Lockdown in Victoria, to meet the project milestones. We delivered over 800 documents to the TGA who conducted 3 onsite audits and on 1 August 2020, the Australian government announced the first NOTUS emergency ventilators had been delivered to the Department of Health. It's an extraordinary achievement to have delivered a Class IIb medical device along with 60 test boxes in under 4 months. It is made all the more gratifying by the fact that over 350 jobs were either retained or created across the project.

Grey Innovation thanks the governments of Australia and Victoria, and AMGC for their support and its partners for their professionalism and willingness to go that extra mile to ensure everyone in Australia who may need a life-saving ventilator will get one.